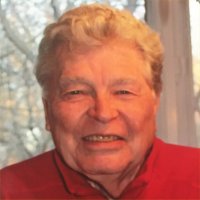 Marcus Blair Crisman passed from this life on June 25th, 2020, at the age of 96, in Belleville Illinois.
Cremation has taken place; services will be decided at a later date.

Marcus Blair Crisman was born February 1st, 1924, in West Chester, Pennsylvania, to Marcus Blair Crisman, Sr., DDS, and Myrtle Eleanor (Wagner) Crisman, the eldest of six children. He entered the Army Air Services (later the Army Air Corps, and then the United States Air Force), in August, 1942. He became a pilot, flying C-46 and C-47 transports across the Himalayan Mountains between China and India in the Air Transport Command in the China-Burma-India Theater of World War II. He made the U.S. Air Force his career, flying the Berlin Airlift in 1948, as well as many missions throughout his 25-year career, eventually accruing more than 7000 flight hours. He rose to the rank of Lieutenant Colonel, serving in China and West Germany, and at Travis Air Force Base, California; Kelly Air Force Base, Texas; Haneda Air Force Base, Japan; McGuire Air Force Base, New Jersey; MacDill Air Force Base, Florida; and Scott Air Force Base, Illinois. He retired at Scott AFB in 1967, and resided in Belleville, Illinois.

He earned a Bachelor of Science degree in Sociology from Tampa University in 1964, and for many years proudly maintained his teaching certification for high school social studies. Following retirement from the Air Force, he worked for Ozark Air Lines in St. Louis, Missouri, and for the State of Illinois with Job Service before retiring in 1992. Marcus was a member of the Distinguished Flying Cross Society and the Sons of Spanish-American War Veterans.

The beacons that lit his path through life were his private but deep faith, his steadfast patriotism and allegiance to the military, and his 39-year marriage to Marie, his lady, and the love and joy of his life.

Memorials may be made to the Distinguished Flying Cross Society, the USO, and the First United Presbyterian Church of Belleville, Illinois.

High Flight
“Oh! I have slipped the surly bonds of earth
And danced the skies on laughter-silvered wings;
Sunward I’ve climbed, and joined the tumbling mirth
Of sun-split clouds – and done a hundred things
You have not dreamed of – wheeled and soared and swung
High in the sunlit silence. Hov’ring there
I’ve chased the shouting wind along, and flung
My eager craft through footless halls of air.
Up, up the long delirious, burning blue,
I’ve topped the windswept heights with easy grace
Where never lark, or even eagle flew –
And, while with silent lifting mind I’ve trod
The high untresspassed sanctity of space,
Put out my hand and touched the face of God.”
By Pilot Officer Gillespie Magee
No 412 squadron, RCAF
Killed 11 December 1941