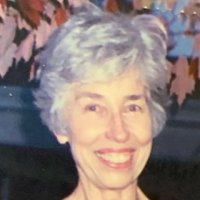 She had that smile. The staff at the Care Center would comment on it. Marcella Mary Merz Stubblefield was many things to many people. She was a force of nature or the voice of reason, depending on what was required. She was classy but not pretentious; she was smart but not aloof; she was firm but not overbearing; she was supportive but not doting – grandchildren excepted. She was a child of the depression. She said it many times, and she wore that label as a badge of honor. And she had that smile.

Marcella Merz was born the second of seven children to her father, Albert, a milkman and her mother, Helen, a homemaker. She was born during an era when hard work was the rule and nothing was wasted. You helped your neighbor in need and family came first. Marcella took these values to heart and practiced them throughout her life. She did not believe in wasting resources or potential. If she did something, she did it well. When she took a class, she got an A; when she served on school boards, she got awards; when she managed an office, the books balanced to the penny. Her resourcefulness was legendary. Her younger brother once said she could make a peanut butter sandwich when there was no peanut butter. Such things are achievable when you are a child of the depression and have that smile.

She met her husband Tom at Eugene Coyle High School in St. Louis, Missouri. He was the quarterback and class president. She was the beauty with the brains. They married in 1956 as he was graduating dental school and going into the army. She was the love of his life and for the next 62 years he would tell people he got the better of the deal. Tom and Marcella had six sons in eight and a half years. Tom watched with awe and amazement as Marcella flawlessly played ringmaster to the family circus that started in St. Louis, stopped for a few years at military bases in towns that the Lord forgot, and landed in Belleville, Illinois. He had a front row seat as she juggled work schedules, school schedules, school administrators, accountants, office staff, athletic directors, family, in-laws and friends. All while saving some time for them to take hand in hand walks through the neighborhood. When the family home suffered significant mine subsidence damage during the 1970’s she was the calming influence. She was, after all, a child of the depression. She knew the difference between want and need. Things could be replaced. They fixed the house and continued walking hand in hand through the neighborhood. When their health failed, they just changed the venue, walking hand in hand through the assisted living center. He adored her. And that smile.

The enduring love story was temporarily suspended in May of 2019 when Tom passed away. Throughout her life Marcella was constantly told that after the tribulations of raising her six boys, she was going straight to heaven. This statement is universally believed to be true. On December 18th, 2021, Marcella went straight to heaven for a walk with Tom. Hand in hand. Her smile remains with us.

Marcella was preceded in death by her

Services: There will be a private family ceremony in celebration of her life at Kurrus funeral home.