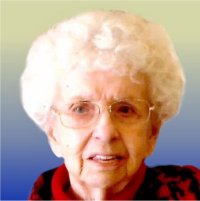 Lydia was a homemaker. She loved to sew and paint. She was a member of Meadow Heights Baptist Church in Collinsville, IL for over 40 years, where she was a Sunday School teacher and prayer warrior. John and Lydia were respected leaders in their church. Over the years, John & Lydia welcomed many family members into their home, who needed assistance or a place to stay.

Memorials: In lieu of flowers, memorials may be made to Meadow Heights Southern Baptist Church, Collinsville, IL