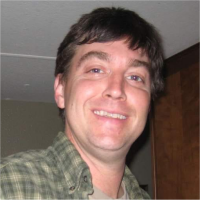 Len was born in Belleville, Illinois on July 7, 1968, on his father’s birthday. As a kid he enjoyed playing the trumpet and wind instruments, just like his dad and grandpa. Also enjoyed going to Briar Hill and exploring in the woods, searching for morels, jumping over creeks, finding animal tracks, and just having fun! Len was a Boy Scout with his Mom as the scout master. He loved playing with neighborhood kids and riding bikes up and down the alley. He also helped take care of his niece, Stephanie.

Len met Deb at Belleville East High School where they graduated in 1986 and were married in 1991. Len worked as an expert flooring installer for Collins and Sons and then decided to branch out and become an entrepreneur, Leonard Reilmann Flooring Installations. All of his customers were delighted with his excellent skills and work ethic. He made many lifelong friends!

Len and Deb enjoyed going to their rustic cabin in Missouri with their boys, getting back to nature, with cookouts, adventures and riding ATVs . It was close enough to home that they could go over the weekend for a little vacation anytime. Many great memories were made there.

He was diagnosed with colon cancer in November 2015. He continued working as long as he could, going for chemo treatments and heading straight to his jobs. He refused to give up and fought long and hard. We will always remember him for his courage, stamina and sense of humor. He was patient, kind and loving to all of his children and grandchildren…and pets, including his chickens! His best friend, Tom Vosse, was there to help at the end, for this Len was eternally grateful!

Len was proceeded in death by his:

Len was loved by all and will truly be missed.

Services: Life celebration will be held when the world is safe again.

Memorials: Donations may be made to the family for expenses. Make checks payable to Deborah Reilmann and maybe sent to Kurrus Funeral Home at 1773 Frank Scott Parkway West Belleville, IL 62223.