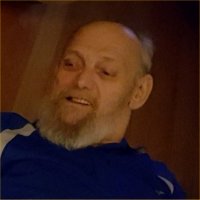 Lenn worked as an Assembly Worker for Chrysler. He was a member of Shiloh United Methodist Church in Shiloh IL, ABC – American Bowling Congress, and a United States Army Veteran serving in the Vietnam War.

Memorials: Memorials may be made to the Shiloh United Methodist Church or Wounded Warriors.

Funeral: Private Graveside Service at Lake View Memorial Gardens in Fairview Heights, IL. A celebration of life will be held at a later date.