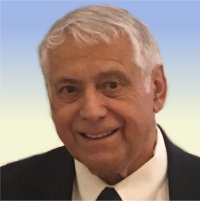 Kenneth Lee Kraus, was born 1 February 1942, at Fayetteville Township, Illinois. He was the son of Oliver Daniel and Matilda, nee Rohr, Kraus. He passed away on 6 February 2019.

Kenny attended the one-room country school at Darmstadt, Illinois for two years until his family moved to New Athens in 1949. He graduated from New Athens Junior High School in 1955 and from New Athens High School in 1959. In October 1960, he enlisted in the Air Force Reserves where he served as a medic. He was honorably discharged in October 1966. He was employed by Weidemann Services from 1959 until 1963 when he gained employment in the Engineering Department of Peabody Coal. He worked for Peabody Coal until 1973 when he went to work in the Engineering Department of Arch Minerals Coal Corporation. The family moved from New Athens to Murphysboro, Illinois in 1982. In 1985 he went to work as Superintendent of Kinkaid Stone Company at Campbell Hill, Illinois until he retired at the end of 2003. In 2006 they moved to Freeburg, Illinois.

Preceded in death by his:

Memorials: Memorials may be made to the Shriner’s Children’s Hospital or P.T.O.E.C. (Parent Teacher Organization for Exceptional Children) supporting our local Chapter of Special Olympics.

Funeral: Funeral Services will be held at 10:30 am, Saturday, February 9, 2019 at Kurrus Funeral Home, with Dr. Robert Koch officiating. Interment will follow at Valhalla Gardens of Memory, Belleville, Illinois.