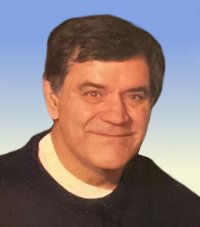 Kenneth Hipskind of Fairview Heights, Illinois passed away on Saturday, April 16, 2022 at Memorial Hospital in Belleville, Illinois. He was surrounded by family at the time of his death and passed peacefully across the veil having received the Last Rites of the Holy Catholic Church.

Ken was a graduate of Blessed Sacrament Grade School and Althoff Catholic High School. After serving honorably in the U.S. Navy, he worked for Lockheed-Martin in California as well as the St. Clair County Sheriff’s Department. He completed a degree in Business Administration with Southern Illinois University, Edwardsville, graduating with honors.

Ken enjoyed attending and watching sports of all types and was a huge Cardinal baseball and Blues hockey fan. In his later years he most enjoyed spending time with his family, especially his grandchildren upon whom he doted. Ken was a very loving person and had a big heart. He was respected as a very intelligent and passionate man, particularly regarding the causes in which he believed. Ken led a life of belief in Christ’s redeeming love. He will be missed by many.

Memorials: Memorials may be made to the Blessed Sacrament School.