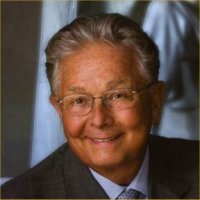 Jack is survived by his three kids: “the brothers,” Brian (Jean) Carey of Inverness, IL, and Christopher (Erica) Carey of Novato, CA; his “Lady Lauren” Lauren (Christopher) Urist of Westport, CT; and, of course, his dog, Jumbie, who’s currently the subject of a heated custody dispute.

Jack was preceded in death by his wife, Susan Kay Carey, nee Hammel; his parents, Byrle and Helen Carey; his in-laws Clifford and Grace Hammel; and his dog, Razzee.

Jack was born in East St. Louis. He accomplished in his own words the “marrying up of the century” when he met his late wife Sue. Together they lived in St. Croix, Virgin Island; Peoria, Illinois; and eventually settled in Belleville.

Professionally, Jack worked as a lifeguard, in landscaping, in pawnshops, on Mississippi River barges, and as an English Professor at Bradley University. Ultimately, Jack maintained a private law practice, which saw him become one of the most well-respected lawyers in Illinois. We didn’t believe this either, however, we are provided with the following evidence: the many testimonials and notes received from his friends and clients, his ascension to the Presidency of the Illinois State Bar Association, and this podcast about Randy Lanier’s trial: <https://www.miamiherald.com/news/state/florida/article232254362.html>

Personally, Jack was proudest of his brood; he absolutely cherished his seven grandchildren – Evelyn and Claire Carey, Emmet and Callan Carey, and Julian, Josephine, and June Urist. He took every opportunity to visit the families from East Coast to West Coast and enjoyed nothing more than the annual Carey Tribe gathering, which consisted of a Cardinal baseball game, dinner at Charlie Gitto’s (downtown location), and a trip to the cottage at the Lake of the Ozarks.

A combination of events such as when he and his friend were denied entry to a public swimming pool because of his friend’s religion and witnessing and becoming an active participant in the civil rights movement, Jack was nothing if not “true.” For this reason, he didn’t tolerate fools. However, for those of us who he could tolerate, you had no greater ally or friend.

Condolences may be expressed online at www.kurrusfh.com <http://www.kurrusfh.com>. The funeral will be a private family interment due to the global pandemic. We look forward to holding a celebration of life, with themed koozies and t-shirts, on a safer date.