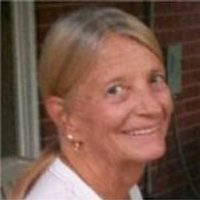 Judith worked as a Technican for the Pharmaceutical Industry. She volunteered at the Freedom Farm for 10 years and was a current member of Moose Lodge 1221.

Memorials: Memorials may be made to Rylee and Carlee’s Education Fund C/O Scott Carlson or Donor’s Choice.

Visitation: Visitation will be from 3:00pm to 7:00pm on Wednesday, January 16, 2019, at Kurrus Funeral Home in Belleville, IL. Private family service.