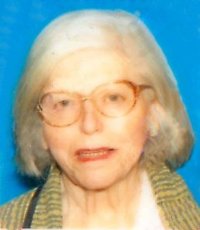 Judith was a schoolteacher, completing her bachelor’s degree at SIUE and starting her career as a single parent. She enjoyed teaching kindergarten children at Morrison Elementary School (where she was known as Mrs. Lee), singing songs with them and engaging their young minds. Later in her career she worked as a secretary at Sigma Aldrich, learning computer programs as a mature adult. She loved animals from a young age, was a Rainbow Girl as a teenager and an accomplished pianist throughout her life.

Special thanks: The family would like to thank the staff at Knollwood Retirement Community, BRIA of Mascoutah and Heartland Hospice for their support and care.

Memorials: Memorials may be made to the ASCPA

Funeral: Funeral Services will be held at 10:00 am, Wednesday, December 7, 2022 at Kurrus Funeral Home, with Rev. Larry Patton officiating. Interment will follow at Valhalla Gardens of Memory in Belleville, IL.