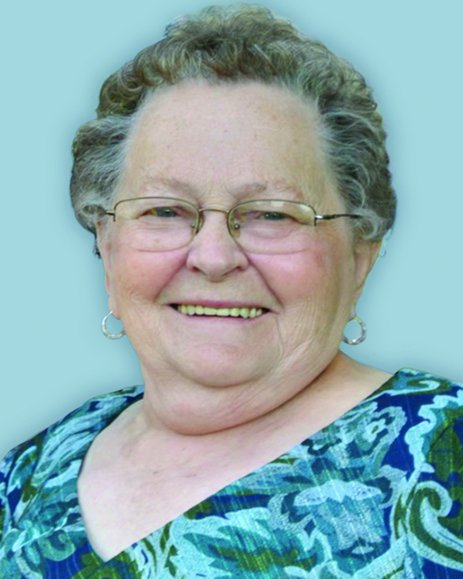 Juanita married her husband, Harry Richie, on March 27, 1948, after dating less than four months. She was fond of saying that she was “almost 18” when they married and that they enjoyed a rich life together for “almost 70 years.”

She was a gifted homemaker skilled in sewing, cooking, baking pies, and making strawberry jam. Even though she had a large collection of cookbooks , she never stopped clipping recipes from newspapers and magazines. She also had an appreciation for Pampered Chef making sure all of her grandchildren had a complete set of cookware. Each Spring she looked forward to when her bulbs would bloom. Juanita was a member of First Baptist Church, Fairview Heights since 1972, where she served the Lord in the children and youth ministries for many years. She had a natural gift for conversation and could make anyone feel special.

Her greatest pride was always her children and their families whose framed photographs were prominently displayed throughout her home. There was no better sound to her ears than being called “Grandma,” “Grandmother,” or “Grandmomma.” She also loved being called “Mia” by the young children whose parents had entrusted her as their caregiver over the years. Along with Harry, Juanita faithfully attended countless sporting events, programs, and concerts of their own grandchildren and the other children she treated like family.

She was preceded in death by her husband on September 7, 2017 and is survived by her treasured family:

Stephanie and David Grove of Swansea

Memorials may be made to the Alzheimer’s Association to help fund research for the disease that affected her husband.