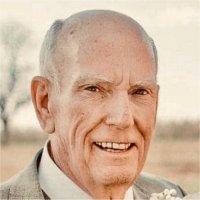 Mal never passed up an opportunity to be with his family, and loved being with his wife and children. As the years passed, his best title came as PawPaw, and he treasured all of his time with his grandchildren, Chayse Monroe, Kinley and Evelyn Heffernan, and Elias and Liana Heffernan, who all survive. Mal is also survived by his brothers, Michael (Diane) Heffernan of Millstadt, IL, Tom (Kathy) Heffernan of Williamsburg, WV, and Mark (Bonnie) Heffernan of Freeburg, IL, and several dear nieces and nephews. He also leaves behind his beloved granddogs, especially Mellie. In addition to his parents, Mal was preceded in death by his sister, Patricia St. Clair, nephew Daniel P. Heffernan, and brother-in-laws, Duane A. Loepker and Dale Loepker.

Mal never met a stranger, and could always be counted on for a good laugh. He was the former owner of “The Pizza Cellar” where he made many good friendships and family memories. He was also an ironworker for Local 392, and he worked as a pit boss at Alton Belle Casino. Mal had a kind soul and appreciated everyone he met. He was never one to judge, and he could find the good in anyone. He was a lifelong St. Louis Cardinals fan and passed the love of the team down to his children and grandchildren. He will be dearly missed by those who knew him, but his “Mal-isms” will always be shared.

Memorials: In lieu of flowers, the family requests memorials be made to the Cystic Fibrosis Foundation.