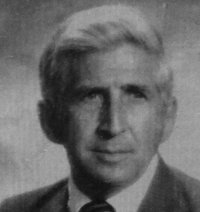 Jay graduated from Hannibal High School in 1944. He proudly served two years in the United States Army Upon returning from the service he married his childhood sweetheart Dorothy and they were married for 71 years. They moved to Belleville, Illinois in 1954 where they provided a loving home to their five children. He was an involved, generous and committed husband, father and grandfather. Jay was a district manager for Southwestern Bell Telephone company. His career spanned 39 years. He retired having never used a single sick day. During this time he earned his business degree from Southern Illinois University Edwardsville.
Dorothy and Jay traveled the world with the telephone pioneers. He was an avid reader of history and his hobbies included swimming, watching St. Louis Cardinals baseball and playing tennis which he did well into his 80s.
He loved our large family gatherings and he will be greatly missed.

The family would like to sincerely thank the staff at Cedarhurst of Shiloh.

Memorials: In lieu of flowers, memorials may be made to the Alzheimer’s Association.