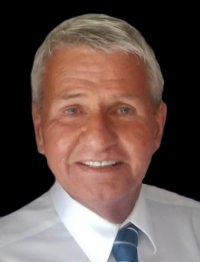 There are not enough words to adequately describe the life of Johnny Connors. He was a father, brother, grandfather, friend, businessman, and so much more. Early in his career, Johnny found himself putting on and running a professional tennis tournament at Caesars Palace in Las Vegas. It was there that he would find his passion for gaming, soaking up all the knowledge that he could from all of the different connections that he would meet and make. Johnny would then go on to revolutionize the gaming industry by utilizing his knowledge to open the first ever river boat casino with an unrestricted license, the Alton Belle, which went on to become Argosy Gaming.

After many casinos, tennis clubs, and other business ventures later, Johnny’s life and passion came full circle back to tennis, as it always does in the Connors family. Johnny could no longer ignore his love for tennis and calling to share it with others. Doing so allowed him to impact the lives of many, especially that of the various children from the surrounding communities. Johnny realized rather quickly that he most enjoyed teaching the game of tennis to the kids, just as his mother and grandmother did for he and his brother. But the truth is, he most enjoyed teaching those who were willing to work hard and put in the effort.

The largest legacy left behind and quite possibly what will be cherished the most is the award winning personality that Johnny Connors possessed. Even when times got tough, he would calmly, yet confidently, say “you have to play the hand you’re dealt and keep swinging.” He had a smile that was contagious and a way with people like no one you’ve ever seen before. His ability to tell a story was second to none and he treated everybody the same, as if all were one. He had this thing, this energy, that is very difficult to put into words because so very few people have it, but simply put, Johnny Connors was a force.

Johnny was proceeded in death by his parents, James J. and Gloria F. Connors (nee, Thompson)

Memorials: Memorials may be made to O’Fallon Township High School Tennis Program in O’Fallon, IL.

Church Visitation: Visitation will also be held on Saturday December 10, 2022 from 9:00 am – 10:00 am at Blessed Sacrament Catholic Church in Belleville, IL.

Services: Funeral Mass will be held at 10:00 am, Saturday, December 10, 2022 at Blessed Sacrament Catholic Church in Belleville, IL, with Rev. Kenneth York officiating.