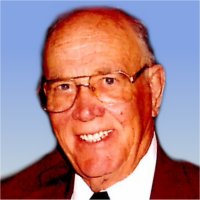 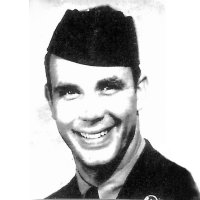 John T. Parker (94) of Collinsville, Illinois, known as “Uncle P” to many, was born on May 16, 1925, in Chicago, Illinois. A self-driven man with an unending thirst for knowledge, John graduated from Washington University in St. Louis with a degree in electrical engineering, working a paper route to help put himself through school. He worked as a communication and signal engineer for Alton and Southern Railroad and a transportation account executive for Motorola Communications and Electronics before becoming President of Wise Communications, where he created the subsidiary Rapid Commuinication Sales, serving as its President, and was the recipient of the Boss of the Year Award from the Belleville Professional Women’s Club. John also served his country proudly in both the South Pacific U.S. Coast Guard during World War II and the U.S. Air Force during the Korean War specializing in radar training and teaching electronics. John participated in the Honor Flight program recognizing his service to his country and encouraged every veteran to participate in that memorable experience.

John’s lifetime of professional success was paralleled only by his exceptional commitment to service. John was a member of the Greater St. Louis Radio Interference Committee, where he served as treasurer. He belonged to the Armed Forces Communications Electronics Association at Scott Air Force Base. He served as president of the Illinois Businessmen’s Club, as well as president of Dale Carnegie Salesman’s Class. He was a member of the Illinois Society of Professional Engineers and the Chamber of Commerce. John also served as the president, treasurer, secretary, and Paul Harris fellow for the East St. Louis Rotary Club (now St. Clair County West Rotary). He was a proud member of the Gothic Lodge #852 A.F. & A.M., Scottish Rite Bodies, Ainad Shrine, Legion of Honor, Southern Illinois Court #86 ROJ, and Past Patron Queen City Chapter #697 O.E.S. John was also a member of the Collinsville Historical Museum. John volunteered as a scoutmaster for the Boy Scouts of America (Troop #5) and was an accomplished Eagle Scout himself. John was also a lifetime member of the Fraternal Order of Police Lodge 262.

In addition to his professional career and lifetime of service, Uncle P was the loyal, loving partner of his wife, Pat, for over seven decades, as well as the beloved patriarch of an extended family of nieces, nephews, and dear family friends. From annual Alvarez family golfing tournaments to game night sleepovers with first nieces and nephews and then great-nieces and great-nephews, from providing sound life advice and wise counsel to discussing the ins and outs of investing (a favorite pastime), Uncle P loved each family member as if he or she were one of his own children.

But his true devotion was bringing joy, companionship, and unending love to his wife, Pat. Forever a duo –Uncle P and Aunt Pat– their lifetime together was decorated by memorable trips all over the United States, cherished family gatherings on holidays and birthdays, weekend excursions to malls and bingo halls, and more. Wherever one traveled, the other was never far behind. Indeed, if Pat was his greatest jewel, then John T. Parker was her gold band, keeping her safe, ever more beautiful because they were together.

Memorials: Memorials may be made to Shriners Hospital for Children – St. Louis, Heartland Hospice, or donor’s choice.

Services: Private family entombment at Lakeview Memorial Gardens in Fairview Heights, IL. A celebration of John’s life will take place for friends and family when it is safe for loved ones to congregate. Kurrus Funeral Home in charge of local arrangements.