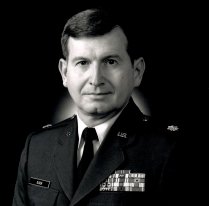 John retired after 22 years of active duty in the U.S. Air Force in 1993. John worked in Public Affairs and Recruiting, Joint Forces Japan and also served in Desert Storm. After active service, John taught as a Junior R.O.T.C. Instructor at Marquette High School in Chesterfield, MO. He was a member of Zion Lutheran Church in Belleville, IL.

Memorials: Memorials may be made to the Zion Lutheran Church, Greater St. Louis Honor Flight (local), Hospice of Southern Illinois or Alzheimer’s Association.