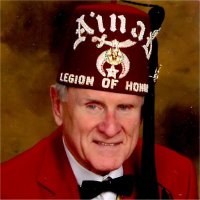 John was a regional sales Manager for ITT. He was a member of AARP State Leadership, Past president of Belleville AARP, Puritan Lodge #712 AF & AM- MA, Collinsville Lodge #712 AF & AM, Scottish Rite Bodies – Class Register 2012-2019, Ainad Shrine, Legion of Honor and Uniform Units.He was also a member of Boston University Alumni, PSOP, Sojourners, High Twelve and former board member of Our Lady of the Snows Shrine. John was a U.S. Navy Veteran whom served in the Korean War.

Special thanks to Aaron Whitfield for his compassion and care.

Memorials: In lieu of flowers memorials may be made to the Shriner’s Hospital for Children.