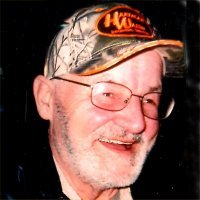 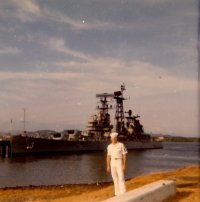 John joined the Navy at age 17 with two of his childhood friends, Butch and Jim. He served as a Radioman Third Class, USN, as a crew member aboard the light guided missile cruiser USS Galveston when the ship arrived at Naples, Italy in 1967. He spent 6 years in the Navy and after his discharge worked as a baggage handler at Lambert Airport in St. Louis, MO. He later became a detective and freight claim agent for the Illinois Terminal Railroad for 16 years. John went on to work for Specialized Services (Alpha) in Granite City, IL as the Operations Manager for 24 years. During this time, he and his brother, Rick, also ran Catch 22 (a night club in Collinsville, IL) during the 1970’s. Also, in the 1980’s, John and Mary Ann owned the Treasure Chest in Maryville, IL, a shop that specialized in antiques and collectibles. John’s final position before retirement was with E. Smith & Associates in Granite City, IL as the Director of Operations for the owner, E. Smith, a good friend and work associate.

John was loved by many people. He touched many lives. He enjoyed vegetable gardening and planting flowers. His pride and joy were his grandchildren, Maxwell and Eliana. With the help of medical science he was able to extend his life by 25 years, long enough to spend time with Maxwell at our clubhouse and to teach him the hunting and fishing skills that had sustained John his entire life. He was able to enjoy Eliana, for almost two years. He lived to see her giggle and smile. He loved to show videos of Maxwell and Eliana on his phone to family and friends. He has left a hole in our hearts with his death, but we are grateful for all the precious memories that made up our lifetime with him. 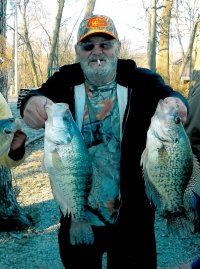 Thank you to Sue, Mike, and our entire family for all of your help and support: we could not have done this without you.

Donnie, thank you so much for the wonderful memories you shared with John fishing at 9 mile creek on the Kaskaskia River and the memories of the trips to the Current River in Missouri. You have been a friend to both of us for over 50 years.

Special thanks to Ron and Cindy for taking care of the clubhouse, keeping John’s phone working, and for being such good friends. All of his hunting buddies Ron, Darrel, Scott, Ronnie, Charlie, and John, thank you. He lived for the hunt and the camaraderie of friends. And thank you Elmer, for always helping with special projects as well as keeping the water running and the roads accessible, especially in the spring and winter months. John also enjoyed boating with family and friends including, Ron & Cindy, Carol & Brad, Scott & Sara, Larry & JoAnne and Mike & Sheila. He was very proud of his antique boat, The Legend, that he had refurbished. We had some wonderful times on the river and at our club house which was the gathering place for family and friends. Thank you to everyone for being a good friend to both of us. The time we lived at the river was some of the best years of our life.

Memorials: Memorials may be made to the American Cancer Society.

Funeral: Celebration of Life in the Spring at his favorite place, our clubhouse at the Kaskaskia River.