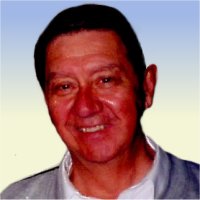 Chet graduated from Greenville High School in May 1944 and joined the Merchant Marines and served there until October 1944 when he joined the U.S. Army serving in the WWII effort and then in the Korean Occupation, being Honorably Discharged at the Rank of S/SGT on January 9, 1947. He then attended Rubican Business College in St. Louis, Missouri and then was hired by Pet Milk Company/C.A. “Butch” Schultz in accounts payable and payroll in Greenville. In 1954 he began as a representative for Mobil Oil Company as their bulk fuels and oil distributor, later adding a crop spraying service along with Joe Bohle. In 1971 he founded Shank Real Estate & Auction Company operating that company until his retirement in 1997.

Along the way, Chet served as Central Township Supervisor and Trustee for several decades. In addition, he was the original fundraiser for the Bond County Senior Citizen’s first home at 305 South Third Street, also serving for several years at the Southwestern Illinois Area Agency on the Aging Board as Bond County Representative, along with his friend Frances Fansler.

Lastly, but foremost, he did everything he possibly could for the First Christian Church in Greenville, beginning as the Congregational Song Leader in the 1950’s for over 40 years, with some of that time being an Elder and Choir Director for the church.

Memorials: Memorials may be made to the Bond County Senior Center, Greenville Nursing Rehabilitation Center – Activity Dept., or the American Farm Heritage Museum.