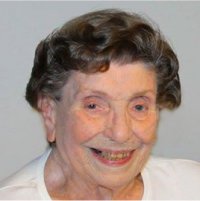 Growing up, she split her time between the city and the family farm. She was active in St Paul’s United Church of Christ in Belleville. She was an avid fisherwoman and horsewoman. As a young adult, she was active in Belleville Assembly #4 International Order of Rainbow for Girls, where she had many happy memories. She graduated from BTHS as a member of the Class of 1951. She was married to John Richard Kurtz in 1961 in Belleville, Illinois.

As an adult, she was active in both the Belleville and St. Clair County Democratic Women’s Clubs. As chairman of the St. Clair County Bicentennial Commission, she was instrumental in getting many forgotten and neglected small cemeteries cleaned and maintained.

She was active in the Tancred Chapter, Order of DeMolay, and Mother’s Club for many years and was the president several times.

Memorials: In lieu of flowers, donations may be made to Ainad Shrine Building Fund, or the Gothic Lodge Scholarship Fund.

Services: Per Joanne’s request there will be no services. Please remember her in your thoughts and prayers.