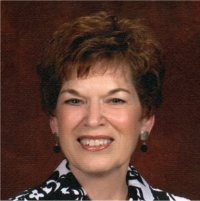 JoAnn was a delight to be around. Known to her family and many friends as “Nana”, JoAnn lead a life committed to serving and helping others. She will be deeply missed.

JoAnn was a member of St. Matthew United Methodist Church. She was part of the Salt & Light Sunday School class. She spent many hours working on Christmas and Easter decorations. She participated in Master’s Hand, the Summer sack lunch program and the Tuesday after school program. As her faith was an important part of her life, she was actively involved in Bible Study Fellowship (BSF) in O’Fallon, IL.

JoAnn was Past President of the HR Chapter of P.E.O. and the Junior Service Club of St. Clair County. She served on the Board of the Violence Prevention Center of Southwest Illinois.

In her early career, JoAnn worked as a switchboard operator for the telephone company in Alton. She became a full-time mom and raised her daughter, Kim, and was active in Kim’s school-related programs. She also worked as a real estate agent during the 1970’s. In recent years, JoAnn served on the Polo Run homeowners association board.

JoAnn was deeply committed to her family. She loved her grandchildren and was a part of their lives in every way that she could. She and Mike never missed an opportunity to attend school field trips, scouting activities, soccer games, band concerts, football game half-time shows and marching band competitions.

Funeral: Funeral Services will be begin at 10:30 am, Monday, April 26, 2021 at St. Matthew United Methodist Church, with Ken Williams officiating. A visitation will be held prior to the funeral service from 9:30 am -10:30 am at the Church. Interment will follow at Lake View Memorial Gardens, Fairview Heights, IL.

Memorials: Memorials may be made to the St. Matthew UMC.