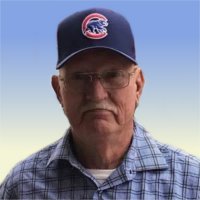 Jimmie worked as a Baker for the Bakers Confectionery Union. He enjoyed many things in life, but his love for Golf and the outdoors was second to none..except maybe his love for the Chicago Cubs.

Memorials: Memorials may be made to St. Jude Children’s Research Hospital.