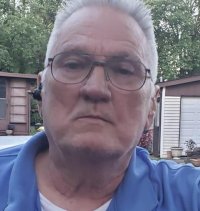 Jerry worked as a Driver for A1-Med Car. He was a former volunteer for Washington Park Volunteer Fire Department, formerly worked for the Grants Department for St. Clair County, and worked part-time for Bill’s Towing in Washington Park.

Memorials: Memorials may be made to St. Jude’s Children Research Hospital.