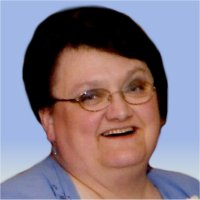 Memorials: Memorials may be made to the American Diabetes Association or American Heart Association.