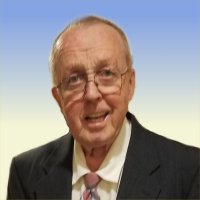 James was a Veteran with the United States Marines, serving from 1962 to 1966. He finished his career as an EMT for Abbott Ambulance Service in Belleville. Prior to that, he worked 15+ years as an EMT in Bangor, Maine. James had several professions in his life, from meat-cutter to re-upholstering furniture, but his greatest accomplishments included building his own home for his family, being a loving father & grandfather, and being married to his best friend and love of his life for almost 51 years.

Memorials: In lieu of flowers, Memorials may be made to the Michael J. Fox Foundation for Parkinson’s Research. https://www.michaeljfox.org/