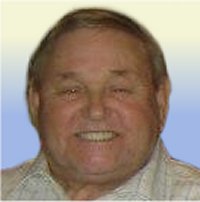 James was an Electrician for Union Local 309. He was a member of Winstanley Baptist Church, Fairview Heights, Illinois. Founder and a lifetime member of Mid States Bass Anglers Assoc. and a life time member of the Little Devils Football Club. James was a Veteran of the Vietnam War serving in the U.S. Air Force.

Memorials: In lieu of flowers memorials may be made to the Little Devils Football Club.