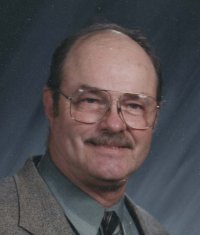 After graduating from East St. Louis High School where he was a standout athlete on the Track and Undefeated Football Team, Jack took a job at Armour Packing where he worked for 5 years until taking a police officer’s position at Centerville Police Department for 2 years. He then took a job at Monsanto where he worked for 31 years. While working at Monsanto he started a side business which was known as Town Hall Archery.

His passion for the sport of archery grew as a child. He purchased his first real competition bow in 1961 from Earl Hoyt of Hoyt Archery who he looked up to as his mentor in the sport and business. He joined St. Louis Archery Club soon after and competed with the family all over the United States. In 1969 Jack and Diana started Town Hall Archery which was open for 53 years. Through archery he touched many lives and made a wealth of friends from all over the world. Jack was always ready to help anyone perpetuate the sport of archery whether it was an individual or business. He started Kids programs in the early 70’s (Junior Olympic Archery program) which helped grow the sport. To this day there are those reaping the benefit of what he started. ARCHERY WAS EVERYTHING!

Memorials: Memorials may be made to the Easton Foundation.