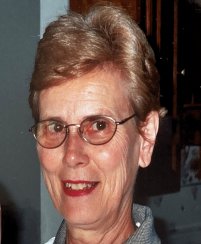 Helen graduated from Sacred Heart Academy and the College of St. Francis. She was a math teacher at Grant Middle School and later a substitute teacher at St. Agnes and Sacred
Heart-Griffin. Helen was also a businesswoman, first keeping books for her Dad’s service station at the age of 13 and later managing the Mansion View Motel upon her father’s sudden death.

Eventually she became the CEO of the franchise group who owned the Hardee’s restaurants in Central Illinois.

Helen married Robert L. Wise Sr. on June 15, 1957, in Springfield, IL. They were married for 63 years and together they raised 5 children.

Helen is survived by her:

Helen was preceded in death by her:

A Visitation at 10:00 a.m. and Mass of Christian Burial at 11:00 a.m. for both Helen and Bob (postponed because of covid) is scheduled for Monday August 8, 2022 at St. Agnes Catholic Church, 245 N. Amos Ave. Springfield, IL. Burial will be at Calvary Cemetery and a luncheon at St. Agnes will follow. The mass will be live-streamed at facebook.com/stagnesparishspringfieldil/
Online condolences may be expressed at www.kurrusfh.com.