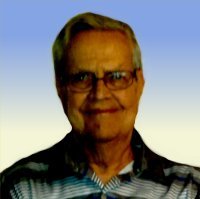 Harley graduated from DePaul University in 1961. He worked in banking for 31 years. He retired from the State of Illinois in 1996. Harley served in the US Army during the Korean War. He was an avid Cubs fan most of his life, but partially converted to a Cardinals fan. Harley loved to play cards and dance. He was a member of Faith Family Church, Shiloh, IL.

Memorials: Memorials may be made to the Alzheimer’s Association or Wounded Warriors Project.