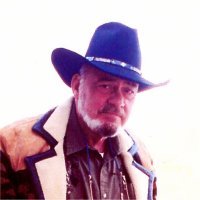 After his early retirement from Ameren Illinois in 1996, he followed his vocation as a Wildlife/Nature Photographer. He loved bears and photographed them every Fall in Alaska and Canada. He called his work “Rustic Originals”. Gary created one-of-a-kind rustic wooden frames to compliment his photography. Families with their pets, field trials, photography at The Hunt Club, and horse shows were all a part of the Rustic Originals era.

As a free-lance photographer, he wrote articles for newspapers, magazines, and newsletters which told the stories of his adventures featuring his amazing photos.

Gary was a member of the St. Clair Masonic Lodge #24 AF & AM, the Scottish Rite Bodies Valley of Southern Illinois, and a U.S. Air Force Veteran.

He was preceded in death by his parents, Ralph and Myrtle (Heap) Fitzgerald

Memorials: Memorials may be made to the donor’s choice.

Services: Gary lived a full life filled with adventure. In honor of Gary’s wishes, cremation and a private Celebration of Life will be held in Alaska.

May his spirit soar with the eagles and fly free!