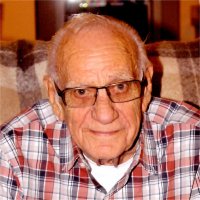 Freeman worked as a meat cutter at Dehne’s Supermarket in Baldwin for many years before working for Schnucks for 25 years. He was a proud Air Force Veteran who served in the Korean War. He was a member of the American Legion in Baldwin, and the Red Bud Jay Cee’s for many years. He was a huge St. Louis Cardinal’s fan who loved watching the games both at home and in person.

Memorials: Memorials may be made to the American Diabetes Association or Emmanuel Nazarene Church