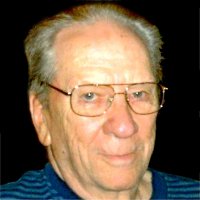 Fred was as a retired grain inspector for Corno Feeds and worked 16 years as a building engineer for Sears. An Air Force veteran, Fred served as a radio technician in Germany during the Korean Conflict. He loved square dancing with his wife and spent many hours woodworking, creating many beautiful objects for his family.

Fred is preceded in death by his:

Memorials: Memorials may be made to the American Cancer Society or American Heart Association.