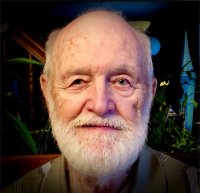 He was preceded in death by his brothers James and Raymond. In addition to his wife Kay, he is survived by his sons Daniel and Stephen and their families.

Frank enlisted in the Air Force on July 8, 1958 and served our country with distinction for 26 years. His tours spanned from Texas, Japan (two tours), Viet Nam, Thailand, California (two tours), and Illinois until his retirement on February 29, 1984 at Scott AFB, IL. On August 6, 1984 Frank began a second career with the United States Postal Service at the Main Post Office in St Louis, MO until his retirement in August 2004.

Frank was a very friendly soul who’d never met a stranger. He’d go on several daily strolls in his neighborhood and it seemed that everyone was on a first name basis with him including mail carriers, UPS/FedEx/Amazon delivery drivers, waste management operators, etc.

Special thanks: The family would like to thank the medical staff at BJC Hospice and BJC Memorial East Hospital in Shiloh, IL and all of the thoughtful friends and neighbors.

Services: A graveside ceremony with military honors will be held at a later date.