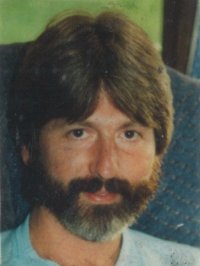 A TRIBUTE TO OUR BROTHER: FRANK RICHARD “RICK” HUFTY III

With our family’s deepest and most heartfelt sadness, we announce the passing of our beloved brother,
Frank Richard “Rick” Hufty III.

Rick was born to Frank Richard Hufty, Jr. and Shirley Spencer Hufty on May 14, 1954 in Norfolk, Virginia,
and passed away on Father’s Day, June 19, 2022 at Belleville Memorial Hospital in Belleville, Illinois.

Rick was a typical young boy, growing up in Virginia Beach, Virginia and enjoyed the ocean, water
sports, softball, kickball and riding his bicycle. He played the piano and alto saxophone, liked to juggle and ride a unicycle.
He had an interest in reptiles and owned turtles, iguana lizards, boa constrictors and pythons.
While in high school, he would take his snakes to grade schools to show and teach children about snakes
as part of their science class.
Later in life, he enjoyed riding motorcycles, driving Corvettes, and flying ultralights.

Mathematics, Physical Sciences and Accounting were disciplines in which Rick excelled and proved to
be an outstanding student. A graduate of Morton High School, Morton, Illinois (1972), he graduated from Illinois State
University (1976), in Normal Illinois with a double major in Accounting and Mathematics.
He was on the Dean’s List every semester, a member of the Honor Society of Illinois,
AICPA and other business organizations. He passed the CPA exam in 1976,
accepted a position with Goldberg Geiser, CPA, Co., Ltd. in Chicago, Illinois and was quickly promoted to
Managing Partner of the firm.

In 1978, he married Carolyn Forshey, however, sadly, the marriage lasted only a few years.
He remarried in 1988, and had four children, one deceased, they lived in West Chicago, Illinois.
Subsequently, Rick relocated the family to Tampa and Miami Florida areas, where they made their home for many years.
Rick was a good father and provider; he worked long, tiring hours during his career at CPA firms and spent
most of his “free time” with his family, boating in the ocean, swimming in their backyard pool and attending his children’s sporting events.

Rick was a natural handyman around the home and enjoyed yard work as well as construction and woodworking projects.
A PADI certified diver, Rick loved the Caribbean, of which his favorite islands were the Caymans, and was an avid scuba diver.
He was an excellent chef and grill master whose culinary dishes would have challenged the best from Bobby Flay’s BBQ Throwdown.
Rick loved large breed dogs, especially German Shepherds and Great Danes, and had a kind heart toward helping
to provide first aid and to care for and save injured animals.

As his baby sister, Virginia, I remember Rick as the “Leader of our Sibling Pack”. A gentle, easy going brother who was thoughtful
and patient in his decision making process and lived life on his own terms. We all learned from his helpful
tutoring sessions with our homework and by observing him. (Rick often reminded me that my payback was giving him “on command”
back rubs and massages, an enjoyment he claims he “inherited” from our father!)
In his later years, I became his loyal advocate, attorney-in-fact and caregiver.

Rick died, holding my hand, after a long battle with lung cancer. I will miss you my brother and dear friend.
I can speak for all of us, Rick; WE LOVE YOU and we are so very grateful for the time we shared here, on Earth, with you.
To all of our relatives and Rick’s friends, we welcome your prayers for Everlasting Love, Peace and Forgiveness for Rick, our brother.

Presently, there is no date scheduled for a Memorial Service.

Donations may be made in Rick’s honor to the American Cancer Society and/or to the ASPCA.