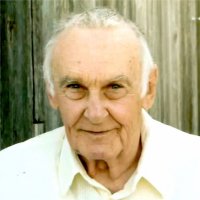 Frank Herman Nesley “Grumpy” passed away on July 15, 2020 at the age of 85. Frank was born in East St. Louis, IL on August 14, 1934 to Mildred & Frank Nesley. He most recently resided in Millstadt, IL but previously lived in Belleville, IL for several years. Frank married Judith Foley on October 02, 1954 in East St. Louis, IL where they raised their 3 children together.

Frank was a member of the Teamsters Local 600, The Loyal Order of Moose in Swansea, IL and The Elks of Fairview Heights, IL.

Frank dedicated his retirement years to coaching track at St. Augustine School in Belleville, where he gained his fame and (several honorary grandchildren.) Frank made friends everywhere he went and never knew a stranger. He was very generous with his time and would give the shirt off of his back to anyone. He enjoyed spending his time fishing with his grandchildren and great grandchildren, doing carpentry projects with his family and friends and sharing stories of his many life experiences. He was the life of every party and a dear friend to many.

Frank was preceded in death by his:

Frank is survived by his:

He was an tissue donor – Donating to women with breast cancer and burn victims.

Memorials: Memorials may be made to the Siteman Cancer Center.

Service: Funeral procession will leave at 12:45pm for a 1:00pm graveside service at Mount Carmel Cemetery in Belleville, IL.