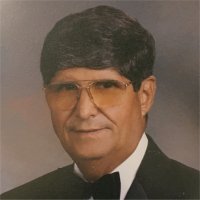 Frank served in the U.S. Navy from 1944 to 1968 serving WWII, Korean and Vietnam Wars and then worked at SAFB in Civil Service. Frank was an honorary member of O’Fallon Lodge #576 AF & AM., 65+ Year member of Wenona Lodge #344 AF & AM of Moberly, MO, Scottish Rite Bodies receiving MSA and Honorary 33rd Degree in 2000 in Pittsburg, PA, Most Wise Master in 1999, Scottish Rite Kitchen Committee Chairman, Ainad Shrine, Legion of Honor, Past President of Dania Shrine Club and Emeritus Ambassador. He was a member of First United Methodist Church of O’Fallon where is served as stand in Head Usher. He loved to play golf and had 4 hole-in-ones over the years. Member of Fleet Reserves and VFW. He loved God, Family and his Country.

Memorials: Memorials may be made to the Children’s Dyslexia Center, a Scottish Rite Charity.