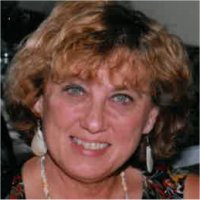 As a teenager, Jeanne was a drummer in the Bellettes Drum and Bugle Corps of Belleville, IL. After her marriage to Denny, they lived in several states, but spent the last 30 years living and working in Colorado. During her career, Jeanne was an Administrative Assistant for several electrical contractors in Colorado. She was a proud wife, mother, and grandmother. In recent years, she moved back to Belleville with her husband to support her aging mother. She had many interests including cooking, taking classes at the YMCA, and antique shopping and she was a lover of the arts. Jeanne had an innate ability to make friends wherever she went and was loved by many.

Surviving her is her:

Memorials: In lieu of flowers, Jeanne would like to have donations be made to pancreatic cancer research.

Services: A memorial service will be held at a later date at Union UMC, in Belleville, IL.