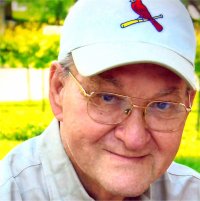 Edwin was a veteran and served in both Vietnam and Korea as a member of the US Air Force, where he worked on electronics on the B-52. He retired as an Air Force recruiter and was awarded the Meritorious Service Medal before he retired from the Air Force. Following his military service, he worked in real estate in Tampa, FL. He returned to Belleville, IL, and sold Cadillacs at Elder Cadillac in Belleville, IL.

Special thanks to BJC Hospice and the staff on 2 North at Memorial Hospital in Belleville for their special care.

Memorials: Memorials may be made to the Cardinal Care or BJC Hospice.