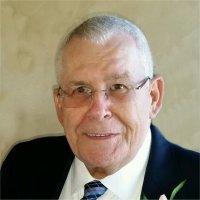 Edward served in the United States Navy for six years, he spent two years overseas in Bermahaven, Germany. He returned and finished his Bachelors Degree at SIUE. He worked for Blue Cross of St. Louis, MO for seven years as an Auditor. He then worked for Memorial Hospital in Belleville, IL for 25 years. He was involved in many organizations and became President of HFMA. Edward was a wonderful example of a husband and father and was loved by all who knew him.

Memorials: Memorials may be made to the Alzheimers Association or Catholic Urban Program.

Funeral: Private services will be held. A Celebration of Life will be held at a later date.