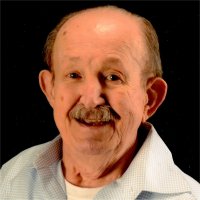 Ed was a general supervisor of material handling for General Motors, and a member of Our Lady Queen of Peace Catholic Church in Belleville, IL. He was a former member of the Gear Jammers.

Memorials: Memorials may be made to the Belleville Area Humane Society or American Lung Association.

Funeral: Memorial Mass will be held at 10:00 am, Saturday, January 25, 2020 at Queen of Peace Catholic Church with Rev. Matthew Elie officiating.