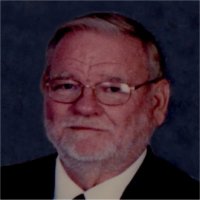 Edward was a member of St. George’s Episcopal Church in Belleville, IL. and was a graduate of Lebanon, IL, High School, then attended McKendree College until joining the U.S. Army, where he served in the Military Police in Korea and Vietnam. Following his military services, he returned to McKendree College to earn a BA in History. He was a History teacher and basketball coach at Althoff Catholic High School for 2 years, then moved to 1st National Bank in St. Louis, MO as a personnel banking officer and also taught American Institute of Banking classes. Later, he joined Prudential Insurance Company as an insurance agent. After retirement, he became a teacher at Illinois Center for Autism.

Edward loved to host large family gatherings. He was always happiest surrounded by family & friends. He was a great fan of McKendree Bearcat Basketball and continued to follow their games for many years. He was a collector of poetry books and loved reading poetry while listening to music. He had season tickets to the St. Louis Symphony Coffee Concerts always hoping for a concerto by Vivaldi, his favorite.

Memorials: Memorials may be made to McKendree University Sport’s Fund or St. George’s Episcopal Church in Belleville, IL.

Funeral: Celebration of Life at a later date with Father Robert Eaton officiating.