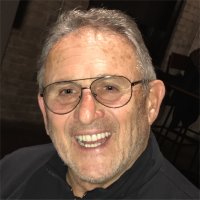 He grew up on the south side of Chicago, played college football and ran track. After college he graduated from St. Louis University School of Medicine and interned at Charity Hospital in New Orleans, LA. He served in the US Navy with Mobile River Forces in Vietnam where he received a Navy Commendation Medal with Combat “V” and was exposed to Agent Orange which caused his cancer. He completed his urological surgery residency at SLU. In January 1976, he began private practice at Urological Associates of Belleville where he introduced new and aggressive urological procedures. He held numerous staff and elected positions on the state and county medical societies as well as on the staff of St. Elizabeth’s and Belleville Memorial Hospitals. He was elected to the Signal Hill School Board and served for 12 years. He served on the Belle Claire Soccer board for 20 years and enjoyed coaching youth soccer with this organization. He helped initiate the Belleville West After Prom parties and funding committees. He was most proud of being “Daddy” and “Papa Dennis” and will miss the kids, tending the garden, riding his “hog”, playing his guitar and Mexico trips.

Memorials: In lieu of flowers memorials may be made to the Leukemia and Lymphoma Society https://www.lls.org/ or Lupus Society of Illinois https://www.lupusil.org/

Visitation: Visitation will be held on Thursday, May 16, 2019 from 4 pm to 8 pm at Kurrus Funeral Home, Belleville, Illinois.

Funeral: A funeral procession will leave from Kurrus Funeral Home in Belleville, IL at 9:45am, Friday, May 17, 2019 for a 10:00 am Mass of Christian Burial at St. Henry Catholic Church in Belleville, IL, with Rev. Kenneth York officiating. Interment will follow at Green Mount Catholic Cemetery, Belleville, Illinois.