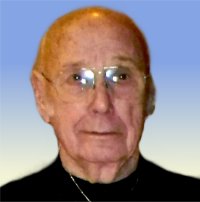 Donald was a supervisor for 24 years with Union Electric . He was a member of Villa Hills Baptist Church Belleville, IL, V.F.W. Millstadt, East Lodge #504 AF & AM, and a U.S. Navy Korean War Veteran.

Memorials: In lieu of flowers, memorials to Shriner’s Hospital for Children.