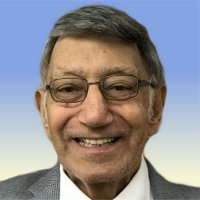 Dick graduated from East St. Louis Senior High School and then DePauw University, which he attended on a football and baseball scholarship. While there, he was named to the all-conference baseball team as a catcher and led DePauw in RBIs and hits during his sophomore year. After college, he entered the U.S. Army where he served in Special Services playing baseball at Ft. Hood, Texas, where his team won the 4th Army Championship, and he caught a no-hitter pitched by Pedro Sierra who was a standout in the Negro Leagues.

Upon completion of his tour of duty, Dick began his career as an agent for John Hancock Life Insurance Company where he worked for over 30 years. He won many awards, including being named John Hancock’s top agent in the Midwest Region. Dick was inducted into the elite John Hancock Field Vice Presidents Council, in recognition of the many years he earned invitations to annual Honors Clubs and Presidents Clubs across the country.

Dick was an avid history buff, with a primary interest in WWII. He followed all St. Louis professional sports teams with a passion, and continued his tenure as a catcher in the local Fountain of Youth league into his 40s. He also was a member of the Five Hyes bowling team for many years. In later years, he turned his focus to golf which he enjoyed with friends and relatives, especially his nephews. He derived great joy from participating in activities at the Holy Virgin Mary and Shoghagat Armenian Church as well as the Kings Point Sports Club. He was beloved for his unique sense of humor, perpetual smile, and humility.

Family was of the utmost importance to him. Dick is survived by his wife Zabelle, children Nicole Vartanian and Garen (Angela) Vartanian, and grandsons Zachary, Nicholas, and Aram Vartanian as well as numerous nephews, nieces, sisters-in-law, and brother-in-law.

Memorials: Memorials may be made to Holy Virgin Mary and Shoghagat Armenian Church.