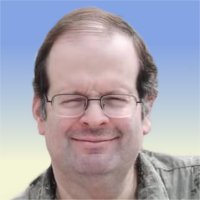 David was a security guard for Securitas. David had accomplished several academic degrees, including law, and forensics. David enjoyed computers, and reading, and was a loving brother.