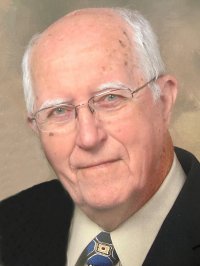 David worked as an office manager for a variety of businesses throughout the area. He was a member of First Baptist Church in Fairview Heights, IL, PSOP, St. Clair County Genealogical Society, BTHS Class of 1955 and received Outstanding Local Government Achievement Award in 2022. David was a Veteran of the U. S. Air Force.

Memorials: Memorials may be made to the First Baptist Church in Fairview Heights, IL or St. Elizabeth’s Foundation. https://www.hshs.org/StElizabeths/Giving