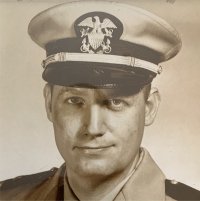 Dave Kelly passed away on December 10, 2019 after a prolonged battle with cancer. He was born on March 13, 1938 in East St. Louis, IL to Walter C. Kelly and Marie (Verbeck) Kelly. He graduated from East Side High School in the class of June, 1955. He was a Methodist.

Dave was very patriotic and served four years active duty in the US Navy and two years in US Marine Corps reserve. After graduation from college, he was commissioned as a line officer in the Naval Reserve, finishing his military service as a full Lieutenant. He received his BS in Chemistry from the University of Florida in 1962 and worked as a chemist for DuPont and as Director of Carpet Research for Barwick Industries. He started his own business in Dalton, GA in 1976, Professional Chemical and Color where he specialized in difficult to dye fibers. He received eleven patents.

While in Dalton, Dave was active in the Dalton Little Theater as actor, director and playwright. He served as president of the DLT during the 1984-85 season. He also wrote and directed the annual Straw Hat Follies from 1987-90. After retirement, Dave wrote three novels – including The Bleak December, a fictionized account of the Winecoff Hotel fire of 1947.

Funeral: Funeral Services will be held at 11:00 am, Wednesday, December 18, 2019 at Kurrus Funeral Home, with Robert Swickard officiating. Interment will follow at Valhalla Gardens of Memory, Belleville, IL.