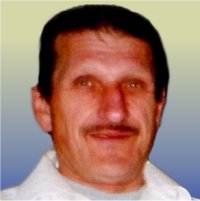 Danny Wayne Stark Sr. passed away Sunday July, 14th at the age of 72. He was born in East St Louis to Mike and Mary Stark February 21st, 1947. He married twice, having two children with Betty and four with Sherry.

Danny was owner operator of several business throughout his life; most related to cars. He owned Stark Auto Body, many used car lots, a salvage yard and a furniture store. He could sell a car to someone needing a lawn mower. While he worked very hard and spent a lot of time working, he still found time to play.

Danny was an avid corvette enthusiast, owning more than I can count in my lifetime. He loved going to small town picnics, back yard barbeques, enjoyed good music and time with family and friends… and a good ham… he really loved ham.

Our Dad was all about fun; he was quick with a joke and could always make you smile, even when you wanted to cry. He loved the holidays and would go all out on his gatherings. You could always count on a unique gift when It came to my Dad; twice in my adult life he bought me a duck for a birthday and Easter gift. As adorable as Huey and Daffy were, I had to draw the line and say no more live stock. I don’t think he was happy having to keep the billy goat he bought me.

Danny was preceded in death by his: