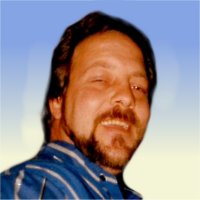 Daniel was a driver for a trucking and bus company.

Memorials: Memorials may be made to the Illinois Center for Autism.