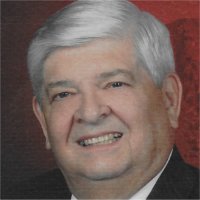 Dale was raised on a grain and livestock farm and graduated from North Clay Community High School, Louisville, IL in 1955. He attended the University of Illinois, Urbana, IL and earned a B.S. degree in Agricultural Education in 1959 and M.S. in 1960, graduating with honors.

He taught high school vocational agriculture at Allendale and Vandalia, IL from 1960-64 and was later employed in agricultural finance and marketing with the Federal Land Bank Association in both Bloomington and St. Louis until retiring in 1986.

He was a faithful member of First Christian Church in Belleville, IL and served on the Board of Elders and other committees. He continued to be very involved in his church and bible studies throughout his life.

Dale was married to loving wife Donna for 58 years. He valued his family and church friends dearly. He was a life-long Cardinals fan, enjoyed family reunions, woodworking, traveling and attending his grandchildren’s sporting events.

Memorials: Memorials may be made to First Christian Church Belleville.

Services: Visitation from 11 AM to 2 PM followed by funeral service at 2 PM on Friday, March 29, 2019 at First Christian Church, 5929 Old St. Louis Rd. Belleville, IL. with Doug Hargrave officiating. Burial service will be held at 11 AM on Saturday, March 30, 2019 at Oskaloosa Cemetery, Clay County, IL.